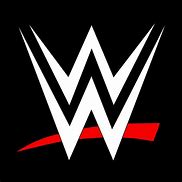 Curtis L. Steigelman passed away on April 28, 2022 at the age of 50. He is the beloved son of Kathleen (nee Gregowske) and the late Norman. Loving life partner of Susan Winczuk. Devoted father of Curtis Steigelman and Joseph Yost. Dear brother of Richard Steigelman, Norman Steigelman, and Dawn Webb. Sadly missed by his nieces, nephews, aunts, uncles, and cousins.

Curtis was a longtime resident of Fishtown. He was a very strong and hard working person. As a child, Curtis suffered an illness that would limit most people. For him, it made him more determined and he never allowed it to hold him back. His work ethic continued on in his adult life. He was the owner of Norris Street Deli for some time as well as a general contractor.  Curtis was also an avid wrestling fan who followed both WWE and AEW. His family would joke that he loved his phone and loved to text :)

Curtis would do anything for anyone, even if it came with some tough love. He loved his family more than anything. They will always remember him as a gentle giant.

Relatives and friends are invited to his viewing and funeral Thursday May 5, 2022 beginning at 7pm in the McElvarr Funeral Home 1415 East Susquehanna Ave. Philadelphia ,PA 19125 (Fishtown). Funeral service 8:30pm. Interment private. In lieu of flowers, the family respectfully requests and appreciates any memorial contributions to Shriner's Hospitals for Children 3551 N. Broad Street Philadephia, PA 19140, a charity that is near and dear to Curtis' heart.

To send flowers to the family or plant a tree in memory of Curtis L. Steigelman, please visit our floral store.