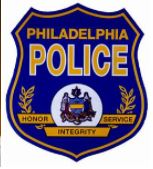 George Helvink was born in Philadelphia on September 6, 1946. He is the last of the Memphis street Helvink's, preceded in death by his father Bernard, mother Mildred (nee Podlaszewska), and his siblings Florence Ibach, Bernard, Irene Van Note, and Robert.

George attended Northeast Catholic High School and after graduation joined the United States Marine Corp, where he delivered classified messages and played quarterback for the Camp Pendleton Bulldogs. When his enlistment was over, he returned to Philadelphia and joined the Police Department. He was assigned to the 12th district. Back then there was no way to get to 65th and Woodland Ave., so George volunteered for the Tasker Detail, because it was closer to home. In 1980, with the layoffs, George was permanently transferred into the 17th District. He worked many different assignments, but most will remember him as the 48 man in 3 squad. He was transferred and retired from the 25th in 1996.

George had a second career. He helped his goddaughter Christine raise her sons Dylan and Logan. He always bragged about the boys and their accomplishments. They were a great source of satisfaction and pride for George, and he loved them dearly. George often said he didn't know what he would have done without Christine. She and the boys were always there for him, especially during his 2 year long battle with cancer. It was Christine, who in the early hours of September 16, 2021 was there to hold his hand as he passed away.

He is survived by his goddaughter Christine (Ed), his godson Dylan Endes, Logan Endes, and his nieces and nephews Milton, Doreen, Terri (Jim), Steve (Cathy), Jennifer (Tom), Irene (Robert), Shirley (Mike), Bill, and the late Linda. George will be sadly missed and remembered as the "quiet, tough guy” with a heart of gold from Memphis street.

Relatives and friends are invited to his viewing on Thursday, September 23, 2021 from 7-8:30pm in the Hubert M. McBride Funeral Home 2357 East Cumberland Street Philadelphia, PA 19125. Due to scheduling delays with the national cemetery,there will be a second funeral and memorial on Tuesday October 5, 2021 beginning at 9:30am, in the funeral home, followed by his funeral service at 11:15am. Interment with military honors 1pm in Washington Crossing National Cemetery followed by a luncheon, which will be announced at the services.

To send flowers to the family or plant a tree in memory of George J. Helvink, please visit our floral store.