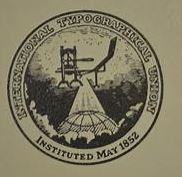 Jim was born in South Philadelphia to the late George and Margaret Reed Clark.  He passed away at Deer Meadows one day shy of his 93 birthday.

He had lived in the Northern Liberties, North Philadelphia and finally  settling down and raising his family in Fishtown.  He attended Dobbins High School

He was a typesetter for the Philadelphia Inquirer in the 60's and 70's and a member of the International Typographical Union. After leaving the Inquirer he worked as a mailroom clerk for Mather  & Son Insurance Co. for 20 years, he also worked for Imperial Printing Co. in the 80's.

Jim met his wife, Josephine,  when they both worked at Zintners Candy Co.  They became engaged to be married and in keeping with Josephine's promise to her father not to marry until she was 21, they were indeed married one day after her 21st birthday.   Jim was a kind and gentle man, well loved by all who knew him.

In addition to his devoted wife, the former Josephine Reinert,  he is the beloved father of James ( Marlena ) and John H. Clark. He was also a loving father figure to Michael Sauerman, 'Tish' Sauerman and the late Jeffrey Seider.   He will be sadly missed by his nieces and nephews.  Jim is also survived by his dear sister Isabell Jervis.  He was predeceased by his siblings Michael, George, William and Margaret.

There are no services planned at this time.

To send flowers to the family or plant a tree in memory of James O. Clark, please visit our floral store.