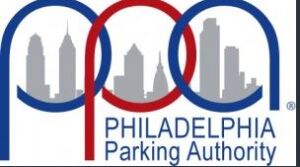 Joann Duffy Moll, died suddenly on March 17th, ironically, St. Patrick’s Day being her favorite Holiday, and her being very proud of her Irish heritage.
She was born August 9, 1968 in Philadelphia, Pennsylvania, growing up in Kensington, and rotating throughout her life in the surrounding areas of Port Richmond and Fishtown.
She attended grade school at Nativity B.V.M of Port Richmond and later graduated at Jules E. Mastbaum High School in 1987. Joann worked various jobs throughout her life, some being Bodek and Rhodes, Weinsten Goss, and later on finding her long term occupation at the booting department of the Philadelphia Parking Authority. Joann worked there until her very last hours, making it to 15+ years of faithful service.

Joann was full of life, and the heart of every party. Often found with a smile on her face that you could spot from across the room. Her laughter was contagious and she knew how to make anyone and everyone feel wanted and welcome.
Joann’s favorite things were the beach, dancing, singing along to her favorite songs, and cracking jokes. Never spotted without a Starbucks Iced Black Tea, with extra ice, and six pumps of liquid cane sugar. She liked drinking, swearing, and was your stereotypical Irish lass. She had a heart of gold, the face of an angel, and the mouth of a sailor. Many speak fondly of their nights out together with her, and how whenever Joann was around it was going to be a guaranteed good time. She touched the hearts of many, changed the lives of many, and will be missed by many.

She will be incredibly missed by various family members, friends and her second family at the Philadelphia Parking Authority booting department.

Relatives and friends are invited to her viewing on Thursday beginning at 6:30 PM, in  McELVARR FUNERAL HOME, 1415-17 East Susquehanna Avenue, Fishtown and again on Friday morning at 9 AM in Nativity BVM Church, East Allegheny Avenue and Belgrade St., until her Funeral Mass at 11 AM.  She will be laid to rest with her beloved mother in East Cedar Hill Cemetery.

PLEASE BE ADVISED THAT MASKS MUST BE WORN AT ALL TIMES AND SOCIAL DISTANCING MUST BE OBSERVED.

To send flowers to the family or plant a tree in memory of Joann F. (Duffy) Moll, please visit our floral store.