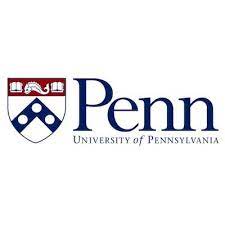 Louis A. Gravinese passed away peacefully on September 21. 2021, surrounded by his loving family. He is the beloved husband of almost 65 years to Franny (nee Ambruoso). Devoted father of Mark (Gretchen), Dean (Debbie), and the late Joseph. Loving "Poppers" to his grandchildren Anthony (Dana), Crystal Galbraith (Greg), Dean (Carla), Tiffany Murnane (Mike), Chad, Heather (Channing Philpott) and to his great grandchildren Kendall, Anthony Joseph, Mason, Dane, Asher, Easton, Dean Louis, Vienna, Odessa, Kolbe, and Roman. Dear brother of Josie Cintoli (Danny), the late Rita DiFrancesco (late Sam) and brother in law of the late Nancy Kucher (late John). Sadly missed by his nieces and nephews and also Kenny, Debbie, and the late Lynn Marie who thought of him as a father.

Louis or "Leaping Louie" was born and raised in South Philly and was very proud of his roots, especially his Italian heritage and the Mummers.  As a young man, he was a great athlete and passed this trait down to his children and grandchildren, while making sure that they knew he was still the best athlete in the family.  Lou worked as a truck driver for Metal Stand for many years and then in maintenance for the University of Pennsylvania. It was here that he received his doctorate in maintenance engineering (just ask him :)). This was a dream job for Lou as he was a fan of all things Penn, especially Penn Football and looked forward to taking his family to the games.  Lou also enjoyed old western movies and had a love for horses.

Everyone loved to be around Lou, as he was a great storyteller with a great sense of humor and as his family would say, a unique vocabulary. Lou's greatest pride and joy came from his family and he loved to tell anyone who listened all about them. He would always worry about his family and was happiest knowing that they were safe and happy. He will be missed and forever loved by all who knew him.

Relatives and friends are invited to his viewing and funeral Monday September 27, 2021 beginning at 9am in St. Anne Church (lower) 2328 East Lehigh Ave. Philadelphia PA 19125. Funeral Mass 10:30. Interment private. In lieu of flowers, the family respectfully requests memorial contributions to the charity of the donor's choice.

For anyone unable to attend, we will livestream the funeral mass via Facebook live on our Facebook page “McBride Hubert Funeral Home”

To send flowers to the family or plant a tree in memory of Louis A. Gravinese, please visit our floral store.