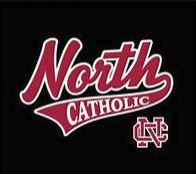 Robbie was raised in the Fishtown section of Philadelphia, on Letterly Street, where he amassed lifelong friendships. He attended St. Anne School and North Catholic High School, from which he proudly graduated Class of 1981. Rob had a great work ethic and he was a proud member of the Teamsters Local 107.  During his childhood, Rob was known to be a great competitor in baseball and football, a gift he was able to pass on to his own children. Aside from playing sports, his true love was watching his kids play sports and he was their greatest fan. Also being the ultimate Philly sports fanatic, he loved to watch all Philadelphia sports teams.

Rob relocated to Merchantville, New Jersey and quickly became the "self proclaimed" Mayor of the town. It was here that he could enjoy listening to music and drinking beers with family and friends in his backyard "paradise". All were welcome in his home. Rob was the type of guy that made you feel like you were family and was always the life of the party. To know him was to love him, for sure.

In 2011, Rob was diagnosed with Metastatic melanoma with a prognosis of 10 months to live. Courageously, he participated in a clinical trial that not only gave him ten years to live, but saved many lives. During the last ten years he had countless surgeries and treatments. After every visit and treatment , he would give his doctor and nurses a hug.

Earlier this year, another disease snuck up on Rob called leptomeningeal disease from the melanoma. He fought this disease with the same intensity. Some may say that the cancer won, but to his family, he will always be the winner, their hero.  Rob will be missed tremendously by all those who knew and loved him, especially his family. He was the most devoted husband, dad, and pop.

To send flowers to the family or plant a tree in memory of Robert "Robbie" J. Gerold, please visit our floral store.

A Memorial Tree was planted for Robert "Robbie"

We are deeply sorry for your loss - the staff at Hubert M. McBride Funeral Home

Join in honoring their life - plant a memorial tree